Day 5 - Cologne, Germany and the Netherlands 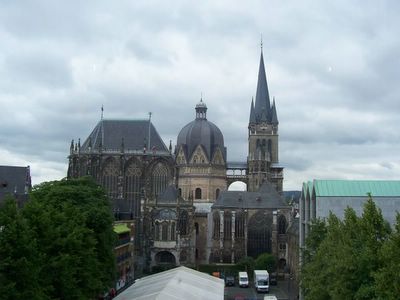 On Day 5 we began in Aachen, where we grabbed a Belgian waffle (having been unable to find one in Belgium). We then took a short drive across the border into the Netherlands, and saw some of the architecture and sights that the Dutch have to offer. To finish off our week, we visited one of the greatest cathedrals in Germany, the Dom of Cologne (Koln). Climbing the stairs on the right, we finally arrived at a viewing deck that takes you around the top of the twin spires, 500-some feet above ground level. After we continued to view some of the unbelievable sights of the Dom, we finished by browsing the streets of Cologne. 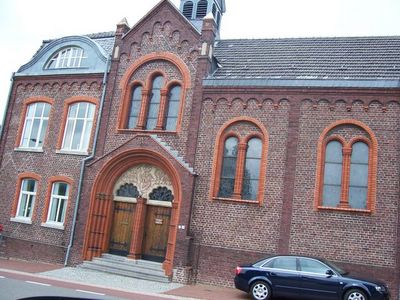 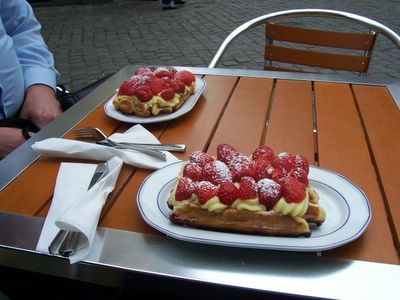 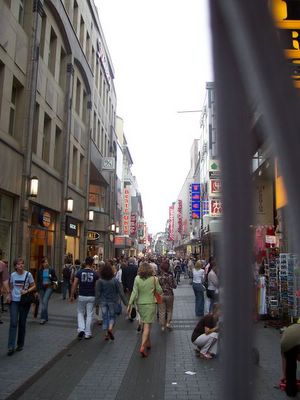 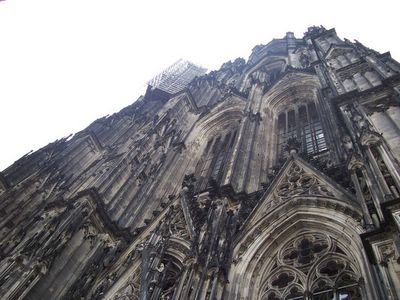 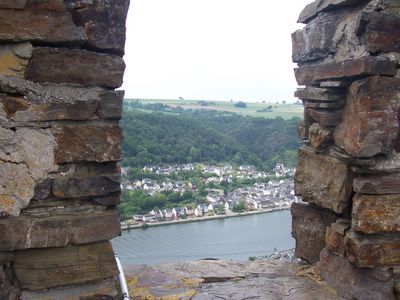 Travelling the Castles of Germany is a great use of a day. The Mosel River area is home to many castles. Burg Thurant is a small castle in Alken, Germany that can introduce you to the castle experience. Climbing the tower will take you to a beautiful view of the town as well as through exhibits of some uses of castles. The experience will whet your appetite for a real castle experience, and for that you must head to Burg Eltz, Munstermaifeld. A brisk walk downhill will take you to the castle entrance, where tours depart every 15-minutes throughout the massive castle. Many of the guides speak English, and you may meet people from all over the States visiting this castle. The cafeteria and restaurant (depending on what time you tour) provide a great snack after the tour, and a van can take you back to your car on the other side of the hill. Finally you can drive by and visit some castle ruins that also dot the landscape. All in all a wonderful day's voyage. 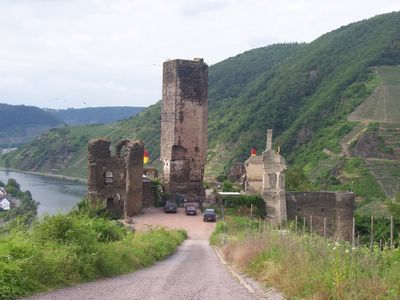 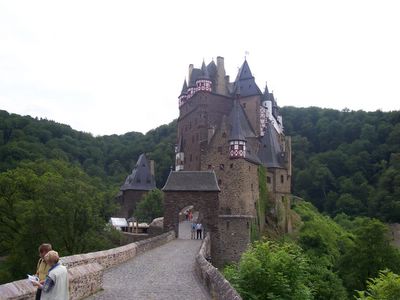 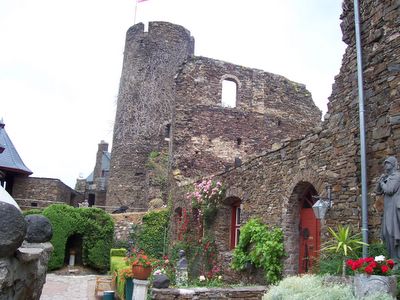 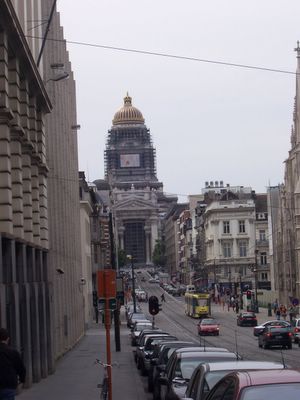 Continuing on from Day 2, we moved on to Belgium. This small country offers much in its capital of Brussels. In the Upper City, there are streets full of cafes offering every kind of lunch and dinner that you would want. Plenty of shopping is also available. The Courthouse contains a beautiful, giant hall, which if you go to the back elevators and push "6" (not the 6th floor by American standards, but by European standards) you will arrive at a small landing. A sliding door is on the side, that opens up to a balcony that lets you view the giant hall - from the top. Just outside the Courthouse is a ledge that offers spectacular views of the Lower City, and an elevator ride down the hundred-some foot distance between Upper and Lower Belgium.

Other sights to see are the many European Union and NATO buildings, some of which offer tours. The Royal Museums of Fine Art is close to the heart of the Upper City as is the Museum of Musical Instruments. In the Lower City is the "Grand Place" - a large market square. Interestingly enough there is an underground highway going from one end of the city to the other. This underground highway ends at the National Cathedral, which offers a panoramic view of the city of Brussels. 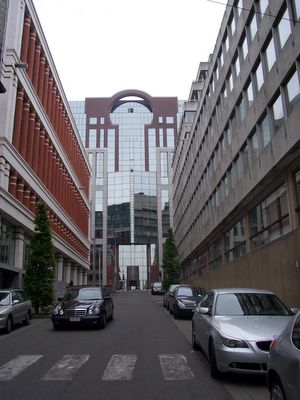 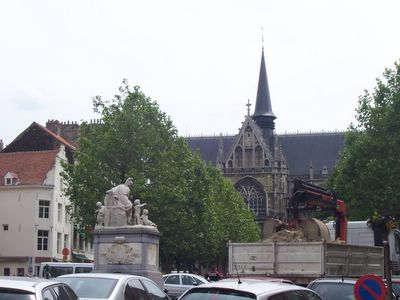 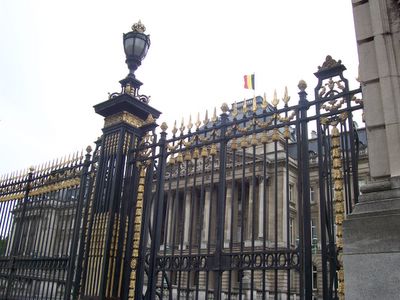 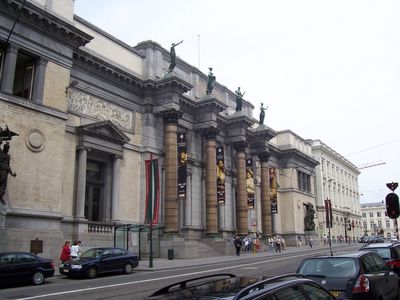 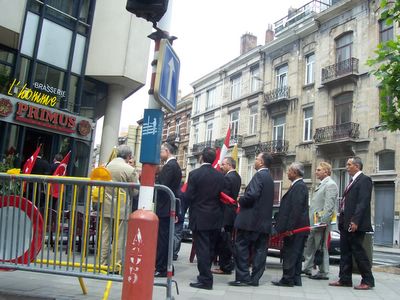 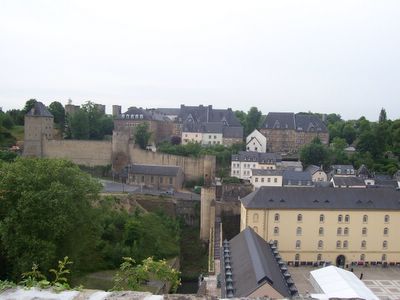 Day 2 took us west to visit Luxembourg and France. We began ascending the great hill where downtown Luxembourg rests. Halfway up the hill is a lane to park and view the casements - the ancient city walls that wrap around Luxembourg, and that also include tunnels traversing all of this city. Downtown Luxembourg includes the Parliament building and many interesting shops and bakeries. Near Luxembourg airport is an American cemetery where 5,000 U.S. soldiers lie, including General George Patton. The grounds are kept very well. Finally we visited Metz, and took the petit autobus (small train) and saw the historical, architectural, and cultural sights of Metz, including the great Cathedral hall. Stop in at a boulangerie and sample some of the best of French bakeries. 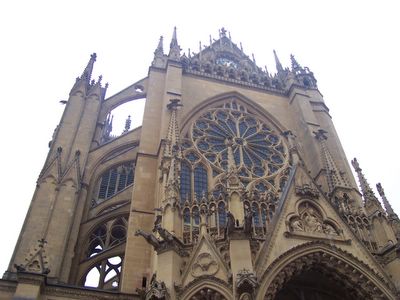 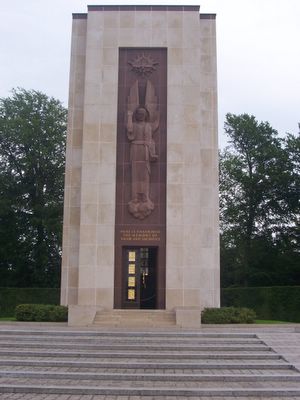 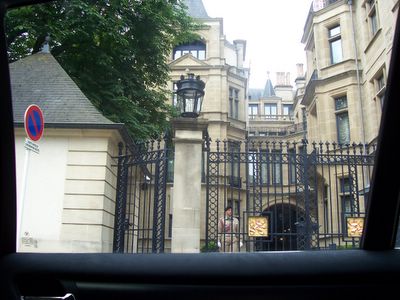 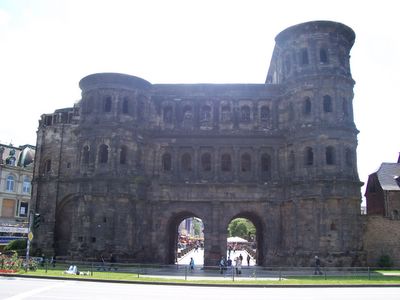 Today is Day 1 of our travels through Germany, and we began with the oldest city in Germany - Trier. The first major feature of Trier is the Porta Nigra, the gate that you see above. For a little over one euro per person, you can climb to the top of the tower, which gives you a beautiful view of the whole city. Returning to the bottom, you find yourself at the start of the "downtown" - an exciting, fun-filled area of shopping and eating. Clothing and gift shops abound, as well as bakeries, coffee shops, and ice cream stands. St. Peter's Cathedral borders the downtown, and near the southwest corner of the downtown you will find Constantine's basilica, and the Kaiserthermen - the ruins of the Roman baths. 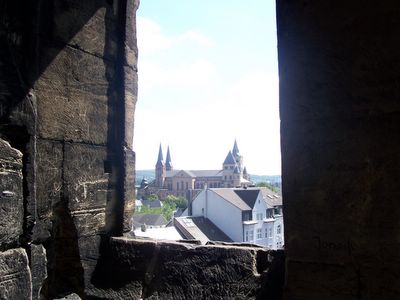 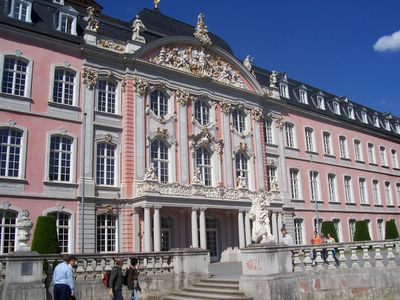